What Employee A Means to Me 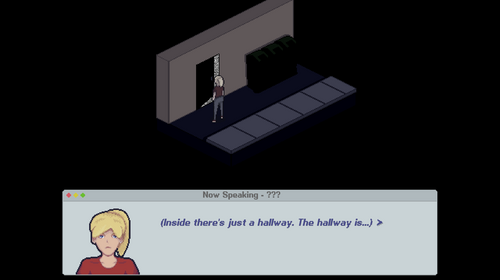 If you've read my other posts you are probably familiar with some of the technical and artistic aspects of my upcoming mystery adventure game Employee A. (And if not, welcome to my devlog!) But I haven't really talked much about why I'm making this game. What is Employee A really about?

Employee A is fundamentally about the power dynamics of the modern business world. That may sound obtuse for a murder mystery game, but my goal with Employee A is to dig deep into the characters and the world they inhabit, not just to provide an interesting mystery story. Many of the game's characters share the ultimate goal of attaining wealth and success as measured by the standards of Silicon Valley: home ownership in a desirable town like Palo Alto, Valley status symbols like Teslas, and in some cases prestigious university acceptances for their kids. Over the course of the game we see the length that different characters will go to achieve this success, and how those pursuits have affected them. Employee A also outlines the hierarchical power structure inherent in many Silicon Valley institutions: people in the "director class" can wield absolute power over lower-ranked workers and are insulated from the consequences of their own decisions.

What's with all this philosophizing though?

I've struggled to be open about these experiences in the past, but now that Employee A's demo is nearing completion, I'd like to give the full backstory. I graduated from college in December 2014 and about a month later started a dream job at a well-known tech unicorn based in Silicon Valley. Up to this point, my whole life had been gearing up for this moment: from before I was a teenager I'd decided I wanted to become a computer programmer, and all through high school and college I had worked diligently to make that dream a reality. And in February of 2015, the dream arrived. But it didn't quite pan out as I wanted. The world I had been told about, the glossy utopia of Silicon Valley, was one where smart people congregated, treated each other with well-earned respect, worked to solve important problems and enjoyed their lives in a beautiful place. What happened to me was working days sometimes as long as 18 or 19 hours, flying across the country on a weekly basis, living out of a hotel room and a carry-on suitcase, working weekends and holidays, sleeping on conference tables and under desks for all-night stays at the office, and even being forced to remain in the office while feverish from an ear infection. I wish I could say that all that was in service of solving the world's great ills, but that didn't quite work out either. All that endless work went into a targeted advertising campaign to sell thermostats - and ultimately many of the analyses and plans I produced weren't even used. Just 7 months into my Silicon Valley journey and I was exhausted, disillusioned, and suffering from severe aftershocks on my mental health.

That was seven years ago, and I'm still healing. The whole experience left a lasting impression on who I am and how I feel about work. Employee A is, ultimately, a way for me to try and crystallize my feelings about my own Silicon Valley experience into something I can share with others. I've never been able to find the right words to express what I think on this topic. So I hope Employee A can finally be the tool I've been looking for to open up a window into the difficult and often banal reality of Silicon Valley.

Solve a murder in a toxic workplace